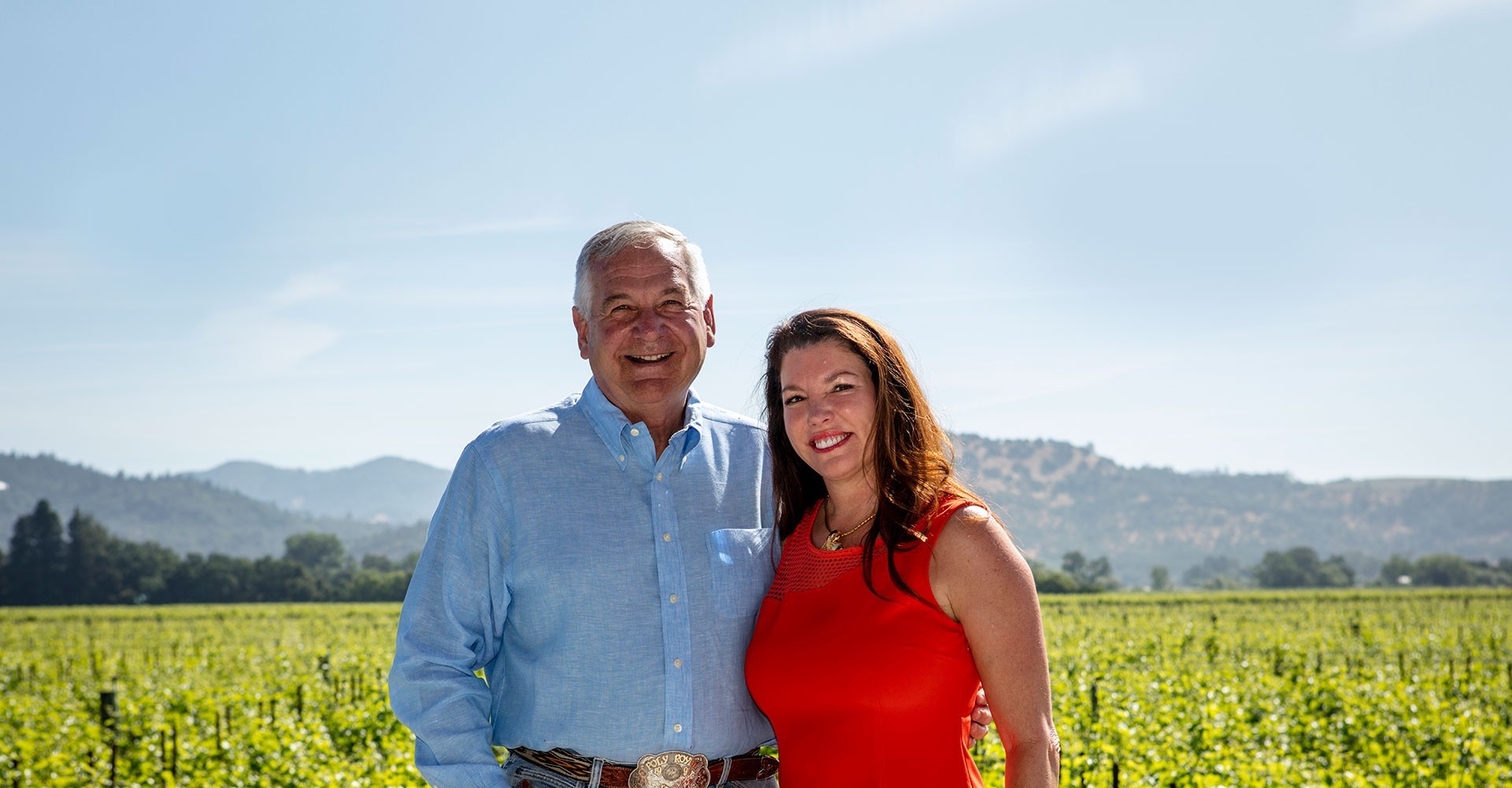 Robin and Michelle Baggett moved to Napa Valley in 2006 to found Alpha Omega. Robin began his wine career in 1988 as a grape grower, planting more than 750 acres of grapes and in 1998 establishing Tolosa winery in San Luis Obispo. In the late 80s, Michelle began her multifaceted career in the development of hospitality brands before she created the name, brand and vision of this venture together, Alpha Omega.

Born and raised in Salinas, following five generations of Texas heritage, Robin attended Cal Poly on a baseball scholarship. In 1998, he was inducted into the Cal Poly Athletic Hall of Fame, and in 2001, Cal Poly’s new baseball stadium was named after him.  His 40-year career as an attorney includes an eight-year stint as General Counsel to the NBA’s Golden State Warriors. A Georgia native, Michelle’s career designing five-star hotels landed her in Beverly Hills and then Honolulu as a Senior Designer for two of the world’s leading international hotel architectural firms. Her hospitality development background then led her to a position on Hawaiian Airlines’ marketing team and thereafter into a marketing and public relations firm in San Luis Obispo.

Robin is the sole managing partner of Alpha Omega and Tolosa. The previous past chair of the Napa Valley Vintners Board of Directors, he remains Advisor to the Board and on the Executive Committee. Robin is also vice chair of Festival Napa Valley and a board member of the Wine Institute, Land Trust of Napa County, The First Tee of Monterey County and Cal Poly’s Athletic Director’s Council. Michelle serves as the Executive Director of the Alpha Omega Foundation. In addition to being on the board of the Rutherford Dust Society and the St. Helena Hospital Foundation, she is the 2021 V Foundation Wine Celebration Vintner Ambassador. The Baggetts actively support charities which focus on children’s education, medical technology and community needs.