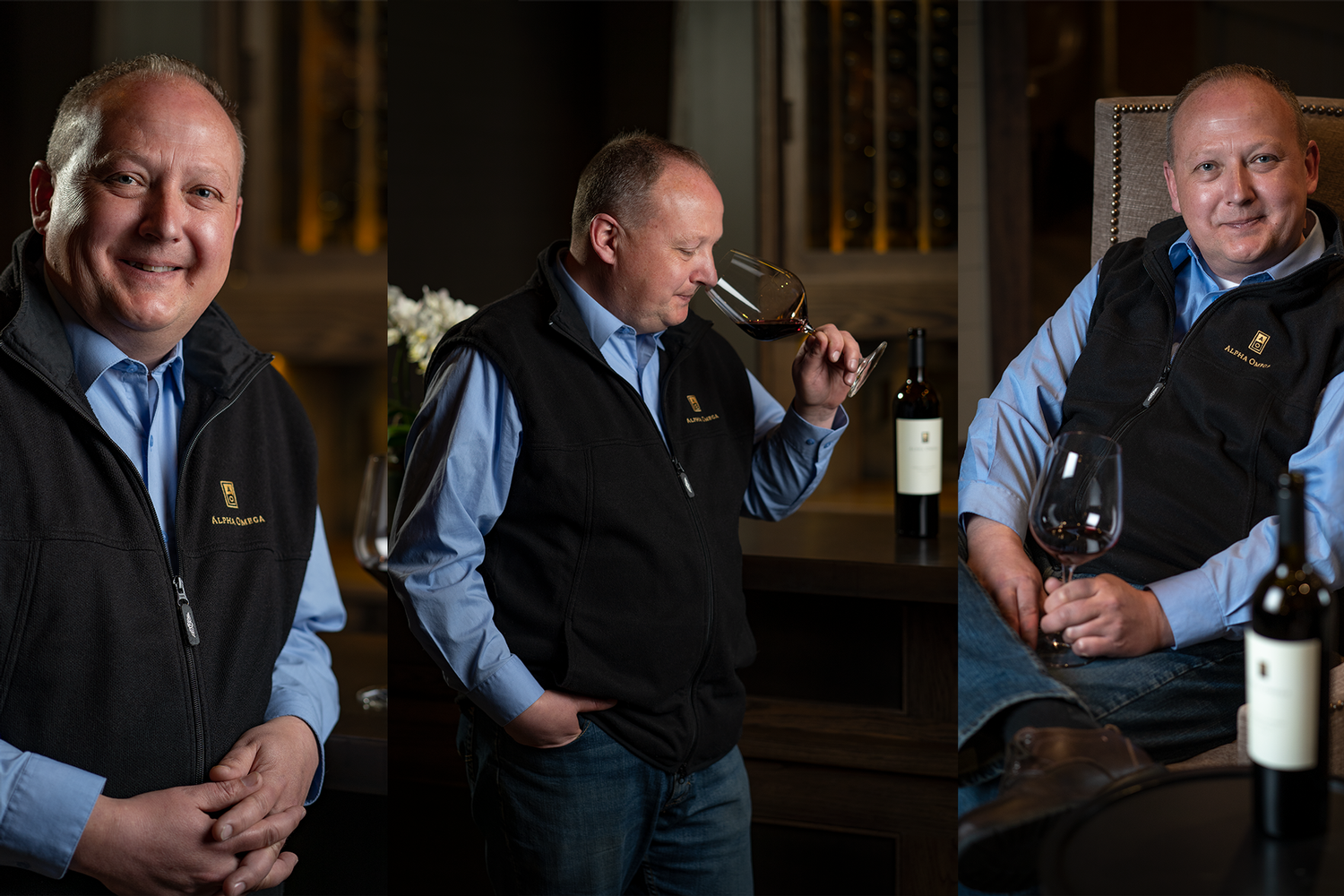 Winemaker Henrik Poulsen’s career took him from the Old World of winemaking to the New World of Napa, where since 2000 he has handcrafted ultra-premium wines. A member of Alpha Omega’s founding winemaking team, Henrik reunited with his Alpha Omega family in April 2019. As head winemaker, Poulsen oversees all aspects of winemaking at the iconic winery he helped put on the Napa Valley map.

Henrik’s relationship with Alpha Omega began in 2006 when he helped launch the winery as the Assistant Winemaker. Working with renowned and historic vineyards throughout Napa Valley, Poulsen assisted in handcrafting critically-acclaimed wines which quickly placed Alpha Omega among Napa Valley’s upper-echelon labels.

In 2010, Poulsen founded his own label, which is produced at Alpha Omega, and a wine consulting business. He departed Alpha Omega in 2013 for Acumen Wines, reuniting him with Denis Malbec, Acumen’s founding winemaker, Alpha Omega’s former consulting winemaker – and Château Latour alumnus. While the Director of Winemaking and Executive Manager at Acumen, Henrik remained close to Hoefliger and the Alpha Omega family. He always considered Alpha Omega his second home.

Born and raised in Denmark, Henrik comes from a family that truly appreciates fine wine. He was a mere 14 years old when he purchased his first bottles of classified Bordeaux. While attending university in Copenhagen, where he studied electrical engineering, he began reading books about wine, attending tastings and working in a local wine shop. He soon realized that wine was his true path and entered the wine industry on the business side in the late 1990s. Working for Knud Jørgensen & Helmbæk, Henrik breezed through his sales/trade education at Niels Brock Copenhagen Business College, taking just two years to earn his degree in the four-year program.

Eager to gain hands-on winemaking experience, he traveled to Bordeaux to work at Château de Haux. After meeting Newton Vineyard Founder Su Hua Newton in Paris, Henrik moved to Napa Valley to enhance his winemaking knowledge at Newton in the Spring Mountain AVA working alongside the esteemed Luc Morlet and then the soon-to-be discovered Jean Hoefliger. For six years, Poulsen and Hoefliger made wine together at Newton Vineyard before jointly arriving at Alpha Omega to launch vintners Robin and Michelle Baggett’s winery in 2006. For nearly two decades, Henrik has immersed himself in Napa Valley wine and also gained invaluable experience from legendary consultant Michel Rolland at Newton and Alpha Omega.

Jean calls Henrik one of the best tasters he knows. Henrik believes the most important skillset of a winemaker is his or her ability to taste and evaluate a wine at all stages of its development.

“While one can learn the basics from a book, monitor the chemistry in a lab and watch fundamental fermentation techniques in the cellar,” Henrik says, “there can never be a substitute for an educated palate.”